The Netherlands wants to scrap a rule obliging financial institutions to flag all transactions involving jurisdictions included on an EU money-laundering blacklist following an “enormous increase” in reports to the country’s financial intelligence unit, or FIU.

Dutch officials introduced the requirement to flag such transactions in July amid efforts to implement the European Union’s Fourth Anti-Money Laundering Directive, or 4AMLD, and observe the new blacklist, which calls for enhanced scrutiny on clients and funds tied to nations named therein.

On Monday, however, the Dutch Finance Ministry disclosed plans to cease viewing the involvement of such countries as an “objective indicator” that should automatically trigger an “unusual transaction report” after the number of those disclosures doubled, hampering investigations.

“It was assumed the inclusion of this objective indicator would help [the] FIU … analyze unusual transactions involving legal entities or natural persons who reside or have been established in high-risk third countries,” Dutch officials wrote in a 27-page consultation. “In practice, this does not appear to be the case.”

The plan to scrap the objective indicator seven months from its introduction pulls the rug from under financial institutions’ e?orts to build systems for reporting transactions from those countries in bulk.

“They say they introduced the rule to help the FIU,” a compliance officer with a Dutch lender who spoke on condition of anonymity told ACAMS moneylaundering.com. “But I think what has happened is that an official in The Hague has misinterpreted the EU directive, and after a lot of trouble they’ve decided to change it.”

Dutch AML rules require financial institutions to report transactions that carry certain objective indicators, such as cash deposits of at least €10,000, or the use of prepaid cards instead of credit cards in payments of €15,000 or higher. Firms must also report transfers that show “subjective indicators”—red flags of money laundering or terrorist financing.

The policy of viewing the involvement of an EU-blacklisted nation in a transaction as an objective indicator “clearly led to an enormous amount of reports, most of which have nothing to do with money laundering,” Annemarije Schoonbeek, a former senior official with the Dutch Financial Markets Authority, said. “Such reports don’t contribute anything.”

Dutch banks process more than a million transactions each year to and from the 23 nations on the EU blacklist, including popular holiday destinations such as Sri Lanka and the Bahamas, according to the Dutch Banking Association.

Out of the frying pan?

Scrapping the objective-indicator policy for the 23 jurisdictions now appearing on the EU list would eliminate a problem that Dutch banks as well as Dutch officials nowacknowledge, but the planned alternative may prove even less popular.

Rather than automatically report, firms would have to assess the risk “for each transaction of or on behalf of a third-party, high-risk country” and flag transactions based on the presence of subjective indicators, officials disclosed in the consultation.

A compliance officer for a second Dutch bank told moneylaundering.com that the wording of the proposed requirement presents a “worst-case scenario” the leaves too much for banks to interpret.

“It means you’d have to assess each transaction, and that’s a huge amount of work,” said the compliance officer, who declined to be named. “We hope the government will insert some nuance when it comes to the subjective indicator requirement.”

The proposed change of basis for reporting unusual transactions in the context of the blacklist provoked a more positive reaction from other sources, including the first compliance officer. If the new policy is implemented, banks would only delve into those transactions that at first glance appear high-risk—not examine every transaction out of hand, he said.

“It’s an additional red flag, an indicator of money-laundering risk, which we then have to connect with other characteristics,” he said. “You’ve got to be pragmatic, because a lotof payments to high-risk countries make perfect economic sense and if you’ve got thousands of transactions to Saudi Arabia you’re obviously not going to be able to look into every one.”

The FIU would outline the circumstances governing whether a firm must file a report if the proposal obtains approval, according to the consultation.

Under 5AMLD, EU nations must require that financial institutions apply one or more “additional mitigating measures” in relation to high-risk jurisdictions “where applicable,” including “enhanced relevant reporting mechanisms or systematic reporting.”

“It remains to be seen how this obligation will be implemented,” Schoonbeek, now an industry consultant in Amsterdam, said. “But I expect the possible new reporting obligations to be more risk-based and therefore less burdensome.”

The Dutch financial services industry has until March 25 to comment on the proposals. 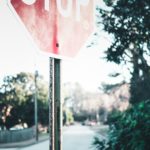 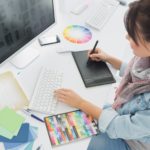 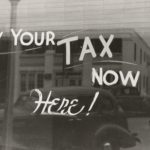